To explore treatments in MlxPlore, the user can define drug administrations. It must be implemented in the subsection [ADMINISTRATION] in the section <DESIGN>. The goal is to be able to define, the time(s), the amount(s), the rate(s), and the type or the target of the administration. Here is the way to define all these parameters :

Examples of the <DESIGN> section

The results of the exploration of this model are presented in the following figure. We can see the two different administrations and the impact of the rate on the output. The “admin_bolus” is displayed in orange, while the “admin_infusion” is displayed in blue. 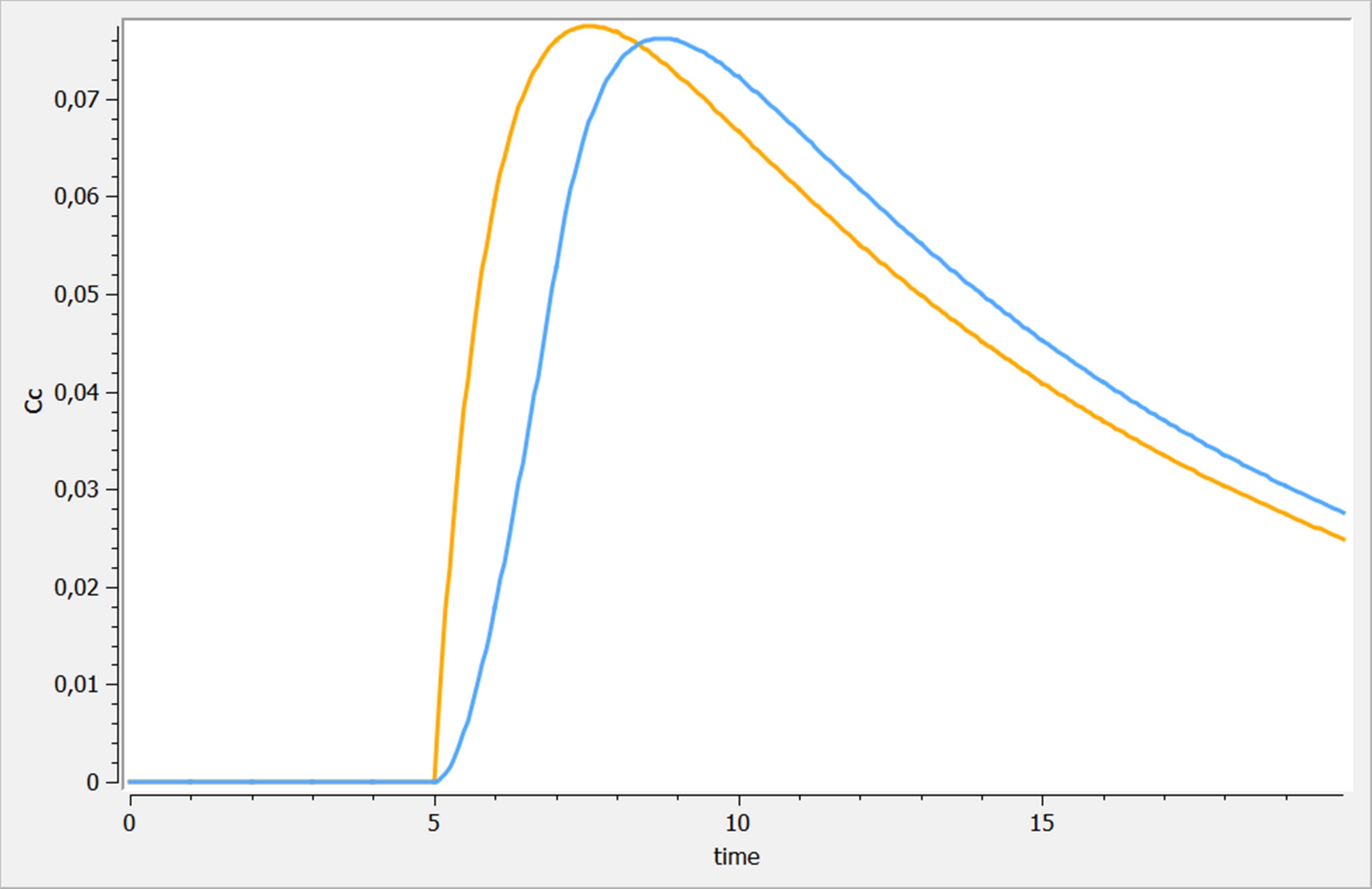 Three variations of multiple dosing are used in the following example, where the same model is used. This model is implemented in the file mlxplore_multipledose.txt and the only difference with the previous example is the [ADMINISTRATION] subsection, where the previous administration is replaced by

The three results are shown on the following figure. adm_t, adm_t_am and adm_t_am_rate are presented in blue, orange and green respectively. 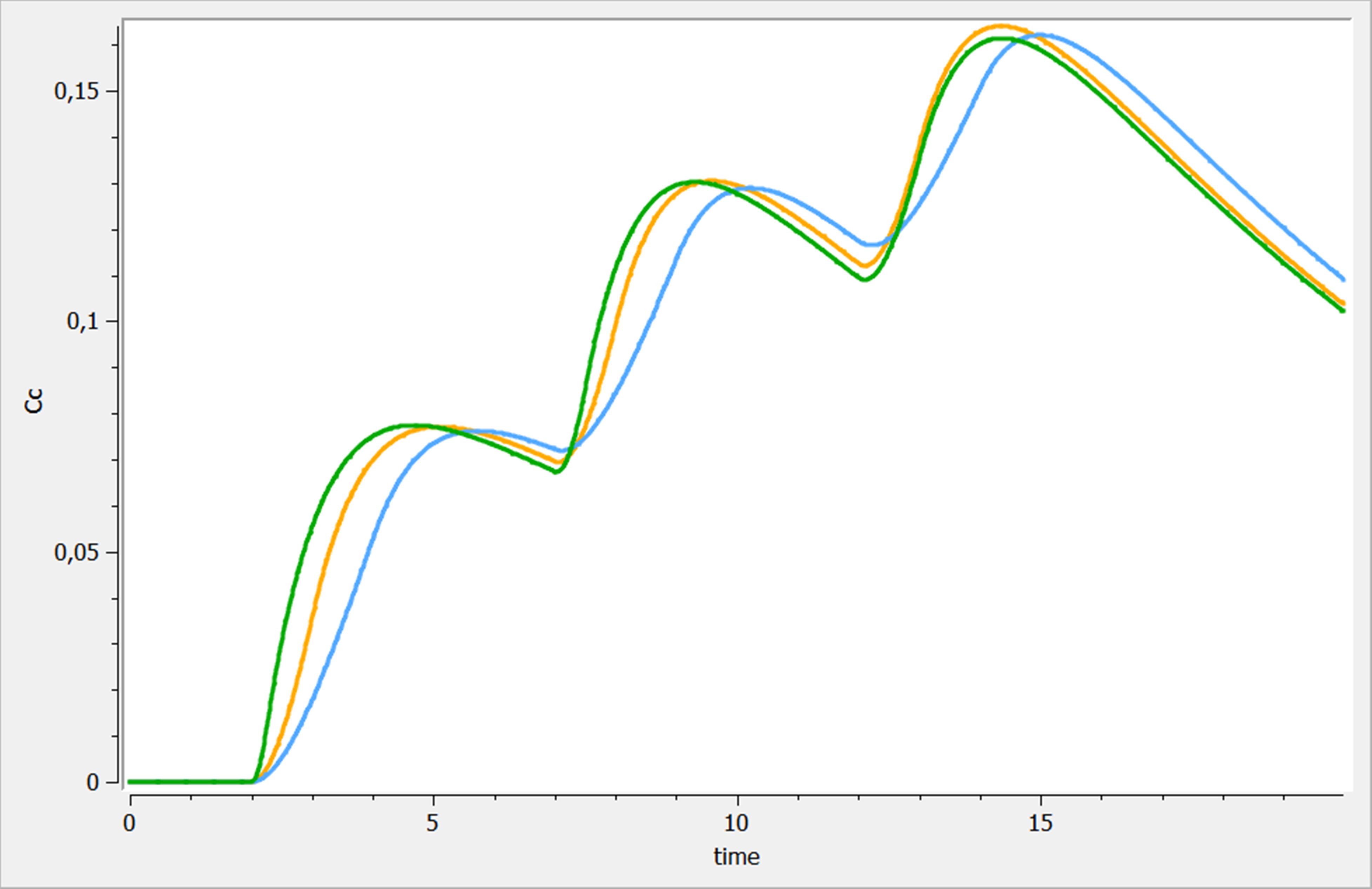 To illustrate the use of treatments, we reuse the same model as above.

In this example, three administrations are defined:

and we combine the administrations in two treatments:

With that definition, we are able to compare treatments that can have several dosages, timings, but more importantly targets and types. This model is implemented in the file mlxplore_treat.txt

The results of the treatments are proposed in the following figure. The treatment “trtRef” is in orange, while “trtComb” is in blue. 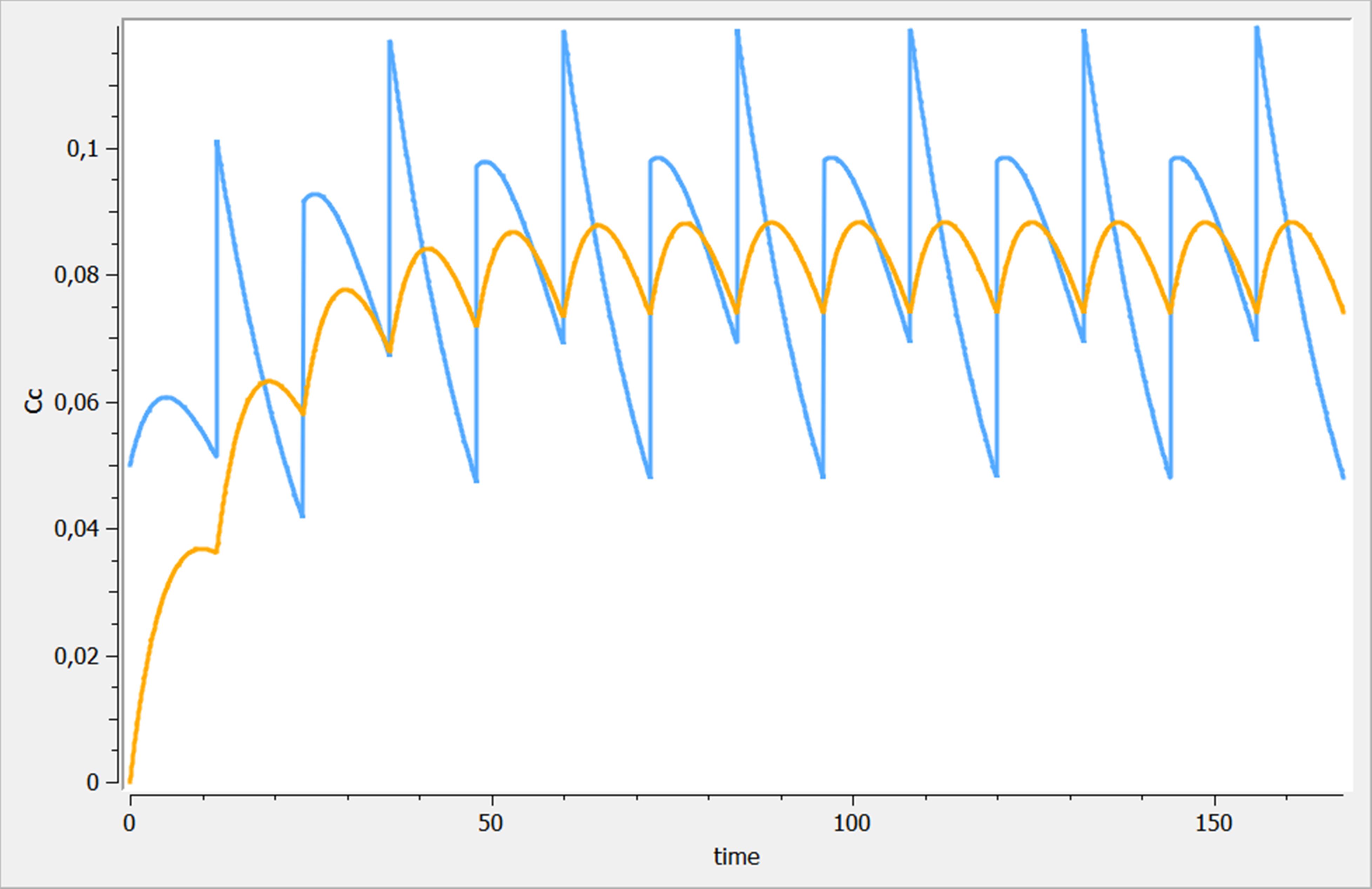